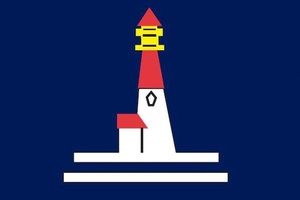 The Leonard Paul Egee Memorial Trophy Will be presented to the active member* Club fostering the greatest participation of juniors in yacht racing on Barnegat Bay.

In the event the trophy is not awarded for two consecutive years, ownership of the trophy shall revert to the donor if living, or the donor's heirs if the donor is deceased.

The Original Trophy was replaced by a new trophy in 2011.